Segunda B outfit Villanovense got a well-earned 0-0 draw in the first leg of the Copa del Rey Barça made to sweat The big teams do not want a Copa del Rey tournament consisting of one-off knock-out ties to avoid being on the wrong end of giant-killing acts and the subsequent embarrassment they bring. This […]

Barça made to sweat 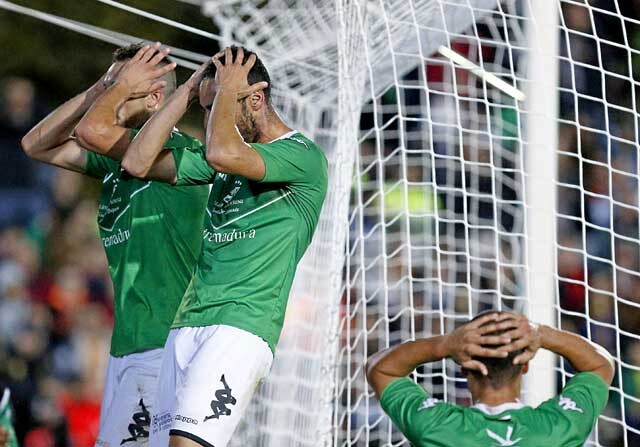 The big teams do not want a Copa del Rey tournament consisting of one-off knock-out ties to avoid being on the wrong end of giant-killing acts and the subsequent embarrassment they bring. This theory has half a fundament since the first leg, always played at the ground of the weaker team, is usually a kind of nightmare. The ingredients are all there for it to turn out that way. The stronger team’s manager reserves his top guns to give them a rest while the little team see the opportunity to have the best 90 minutes of their lives in this game.

Said and done. Like in tonight’s Villanovense-Barcelona clash. A modest team from Segunda B against the European champions. The Extremadurans played the game of their lives while the visitors sweated buckets to avoid taking a hiding. The scoreless draw represents a moral victory for the minnows who now await a miracle at the Camp Nou while the Barcelona players will have to take the harsh critcism on the chin. The only result possible was a win for the all-powerful visitors, and any other outcome implied poor management of the situation.

Villanovense had a great time. They worked, they ran, the pressured and they fell back in an orderly fashion, and on occasions they even got close to Masip’s area. They did not create any clear goal-scoring chances but on more than one occasion they had Barcelona penned in. It was a nice prize for them, spurred on as they were by their fans. Keeping a clean sheet against Barcelona is certainly one to tell the grandchildren about in years to come. The pitch did not help either side much but worked mostly against Barcelona. The ball bounced around like a rabbit, which affected Barcelona’s capacity to create, and was never really under the control of the more skillful Azulgrana players. The best chances came from dead-ball situations and every corner got the public up out of their seats.

At the Camp Nou, on December 2nd, Villanovense can go out and enjoy the match and, who knows, they may get the chance to pull off something really grand. For the moment, the tie remains open. .