Terrorist threat causes Belgium-Spain friendly to be called off 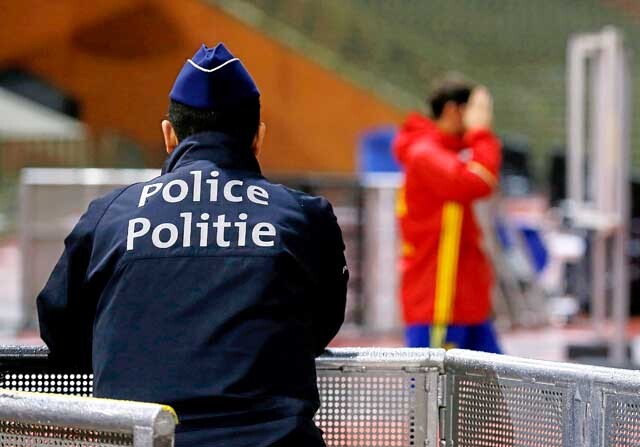 The friendly match between Belgium and Spain scheduled for tonight, Tuesday, in Brussels has been called off owing to the terrorist threat after Friday’s attacks in Paris and the arrests made later in the Belgian city, as the Belgian Federation have announced via their Twitter account.

The Belgian Football Association issued the following statement: «In consultation with the competent authorities and the Spanish national team, the Belgian FA has decided to cancel the match. At the very end of the evening the Belgian FA was contacted by the government, who made the recommendation not to play tomorrow’s match. This is because the terror alert level is high and with the current leakage of a suspicious person. We deeply regret that such a friendly match between two motivated teams has been cancelled so late and we understand the disappointment of many supporters. However, taking into account the exceptional circumstances, we cannot take any security risk with players and fans», reza el comunicado de la Asociación de Fútbol belga.

Shortly before the suspension of the match was confirmed, the Belgian Interior Ministry’s Crisis Centre had already recommended avoiding all mass gatherings, making special mention of the match, in view of the «serious threat» that is latent where there are such concentrations of people.

La expedición de la Selección quiere volver a España lo antes posible The Spanish expedition aims to return home as soon as possible and, according to the ‘El partido de las 12’ programme on the Cadena Cope radio station, they are awaiting approval from the Brussels airport authorities in order to begin the journey. This report says that the departure time could be delayed owing to flight reservation requirements and availability of air space.

The Belgian authorities continue their search for two individuals: Salah Abdeslam, the brother of one of the suicide bombers in Paris, and Abdelhamid Abaaoud, who is considered to be the who is thought to have masterminded the attacks and who has been on the run for some time, with a 20-year jail sentence awaiting him.