Rosberg extends lead in championship race after a coasting to victory in China ahead of Vettel and Kvyat · Hamilton claws back to 7th, Sainz 9th and Alonso 12th No let-up from Rosberg Nico Rosberg earned a comfortable victory, his third of the season and his sixth in a row counting the last three of the 2015 season. Sebastian Vettel and Daniil […]

Rosberg extends lead in championship race after a coasting to victory in China ahead of Vettel and Kvyat · Hamilton claws back to 7th, Sainz 9th and Alonso 12th

No let-up from Rosberg 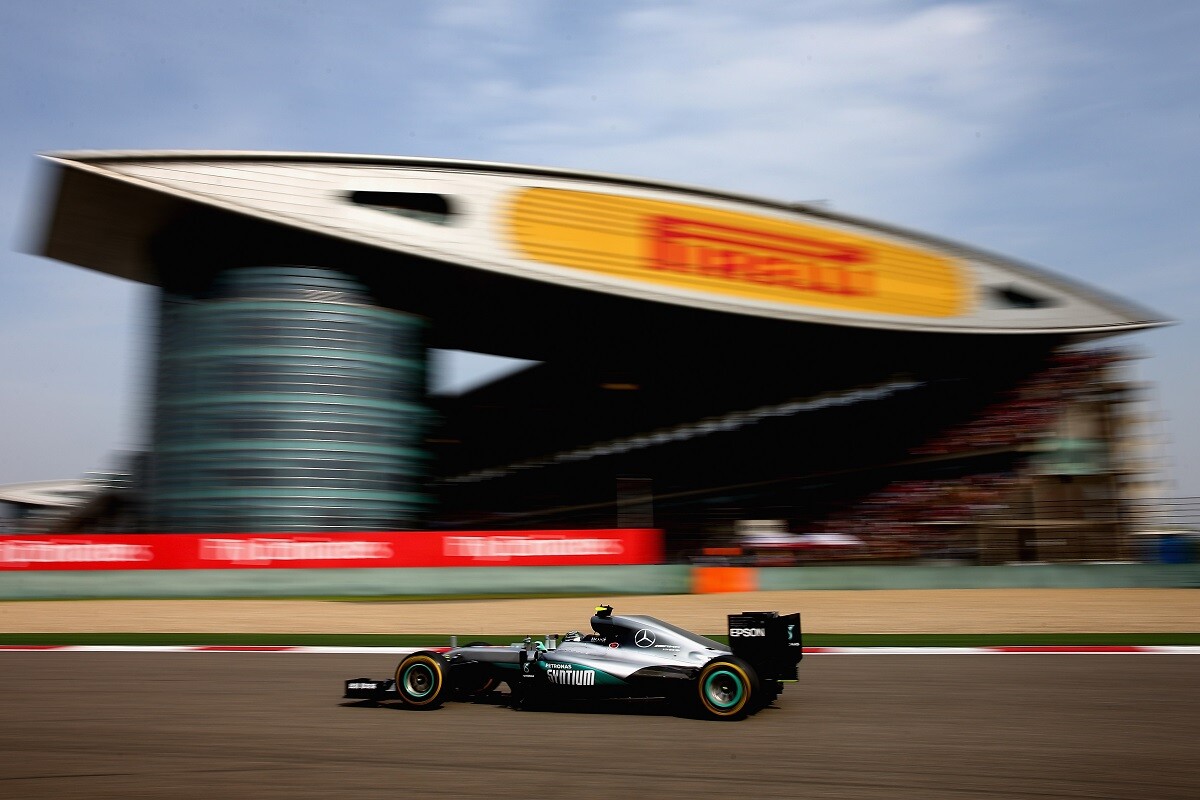 Nico Rosberg earned a comfortable victory, his third of the season and his sixth in a row counting the last three of the 2015 season. Sebastian Vettel and Daniil Kvyat completed the podium. Fernando Alonso finished in 12th position and Carlos Sainz was ninth.

The race began with complications on the first corner. While Daniel Ricciardo edged into first place, accelerating past Rosberg, the two Ferrari drivers collided, which left its mark both on Vettel’s and Kimi Räikkönen‘s race. Behind them, the bad luck that seems to be following Lewis Hamilton around recently, continued to dog him when he had a prang with Sauber and damaged his front wing.

The carbon fibre debris that littered the track then caused Ricciardo to suffer a blow-out, meaning he had to give up the lead to Rosberg. It was then that the race authorities decided to send out the safety car, which made the race even more eventful.

The drivers who had a three-stop strategy did not hesitate for one second and made for the pit lane for their first change of tyres while others, like Rosberg, Alonso or Pascal Werhlein stayed on the track as they were already using the soft tyres and were following a different race plan.

Once the safety car had gone, there was a spell of challenges, overtaking and continual changes of positions that made for exciting watching. Strategy was becoming more important at this stage and both the medium and soft tyres were being used. The difference in tyre performance together with the strategies being followed made for a dramatic Chinese GP.

Hamilton was looking at a steep climb from the very first moment of the race and had to employ his Mercedes to the full to fight his way through the field and eventually finish in seventh position while his team-mate coasted to victory. Ricciardo, meanwhile, quietly and without too many people noticing, also staged a fightback after the blow-out and clawed his way up to fourth position by the end of the race. The third big comeback was Räikkönen’s, the Finnish driver finishing in fifth place.

An action-packed race with lots of overtaking

Owing to the prangs that happened on the first corner, and the safety car being employed, the Chinese GP saw a lot of hand-to-hand combat. After the safety car had left the track, drivers like Alonso or the Force India pair caught the attention of the cameras as they jostled for positions.

Hamilton and Räikkönen were the two drivers who engaged in most combat on the track, as their postitions obliged them to overtake as much as possible. But the battling Jenson Button should also be mentioned, he worked his way into fifth position at one point and looked to be mounting a serious challenge to the Ferraris and the Williams.

In the final laps of the race, the excitement continued as Ricciardo employed his Red Bull to the maximum to overtake Felipe Massa and finish fourth having earlier lost the leadership of the race for reasons that had nothing to do with his driving.