Benítez has to trim down a squad that currently has 27 footballers Overbooking in Real Madrid squad The arrival of David de Gea to Real Madrid is getting all the media attention. However, in the offices at the Santiago Bernabéu they are also busy working on the question of possible departures. At the moment there […] 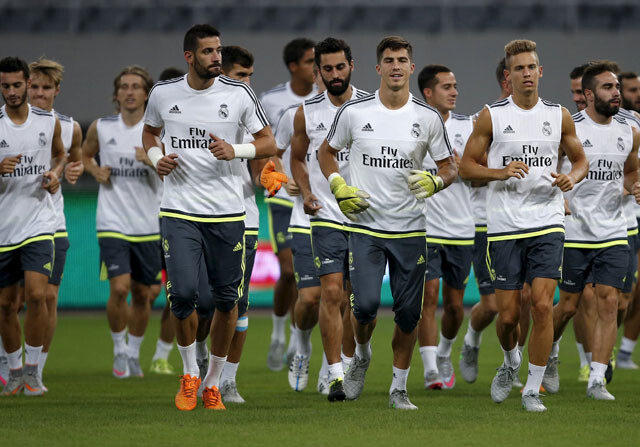 The arrival of David de Gea to Real Madrid is getting all the media attention. However, in the offices at the Santiago Bernabéu they are also busy working on the question of possible departures. At the moment there are 27 players in the squad, while the limit for registered first-team players is 25. On top of this, Rafa Benítez has made it known that he does not want a big squad, and prefers one of 23 players and, if necessary, to call up players from the reserve team, as could be the case with Borja Mayoral.

For the moment, the first step must be to reduce the squad to the maximum number of 25 players. Lucas Silva looks like one of the most likely to leave, owing to the question of the quota of non-EU passport holders; Madrid currently exceed the maximum of three. The Brazilian appears to be the player who Benítez would be prepared to sacrifice if he has to choose between him and Danilo, James and Casemiro. On the other hand, despite the expectations raised when he was signed, Odegaard could be the second squad member who has to pack his bags. In theory, he and Asensio will have to compete with each other to earn a place in the squad, but the former Mallorca player, who is more experienced despite his young age, seems to have the edge.

However, the possibility of other departures this summer should not be ruled out. Cheryshev has already had several offers, and although Benítez has told him that he is counting on him, it will be up to the player himself to decide. On the other hand, it would seem odd for Real Madrid to keep three right-backs in the squad for the whole season, although the ‘Coentrão case’ could mean there is a further twist to this story. There is a lot of work still to be done, and August 31st is approaching.