Leo Messi will be, by a long way, Barcelona’s best-paid player and the one who earns the most in add-ons in the world. In his latest contract extension, the Argentinean signed a deal that would see his earnings increase season-on-season and that will multiply in the 2016-17 campaign. According to the Catalan daily Ara, the […] 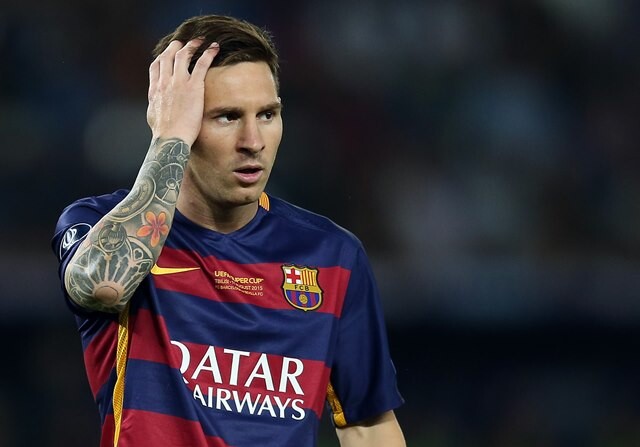 Leo Messi will be, by a long way, Barcelona’s best-paid player and the one who earns the most in add-ons in the world. In his latest contract extension, the Argentinean signed a deal that would see his earnings increase season-on-season and that will multiply in the 2016-17 campaign. According to the Catalan daily Ara, the progression of his salary is spectacular: €20 million gross in the 2014-15 season, €22.8 in 2015-16 and €39.4 (!) in 2016-17.

Thus, Messi would earn close on €20 million after tax from his basic salary with FC Barcelona. To this, the add-ons included in the contract as incentives for winning titles or the Ballon d’Or must be added. Last year, Messi earned about €20 million in add-ons, according to the story in Ara.

It does not end there, though, because the Argentinean is the image of numerous brands that he endorses. What he earns from each brand is not public information, but Forbes calculates that over 2015 the combined total was more than €20 million.

FC Barcelona renewed his contract in May 2014 «to adjust the terms in the contract binding Leo Messi to the club as a professional first team player» the club stated at the time, adding that «the signing was made in the Presidential Box at the Camp Nou, [during which] Leo Messi repeatedly expressed his excitement about the new deal”. Some days before, the player himself had said that over the previous year «a lot of nonsense, most of it lies» had been said about his future at FC Barcelona.

At the same time, in recent days, the possible interest of Manchester City and Inter Milan in signing the Argentinean have come to light. The Indonesian businessman Erick Thohir, Inter Milan’s patron, surprised everyone with his bold statement about his intentions: to sign Leo Messi. The majority shareholder of the ‘nerazzur’ outfit was asked via social media about the possibility of bringing the Argentinean in and, far from being cowed by the question, he responded with a blunt “Why not? When his contract is up at Barcelona he would be a great signing.” By that he means he would not make a move for Messi before June 2018, which is when the forward’s current contract expires.

As for City, they would be prepared to push the boat out to get Messi. The English club would offer him over a million euros a week, according to ‘The Sun’, which would take his annual salary above €55 million. The Blaugrana number 10’s buy-out clause stands at €250 million, but City, propped up by Sheikh Mansour bin Zayed Al-Nahyan, believe that €170 million would be enough to persuade Barcelona to part with their star. In Manchester, Messi would meet up once again with Pep Guardiola. The Spanish coach looks likely to take charge of the Sky Blues next season, himself on a stratospheric salary, according to the ‘El Partido de las 12’ radio programme.