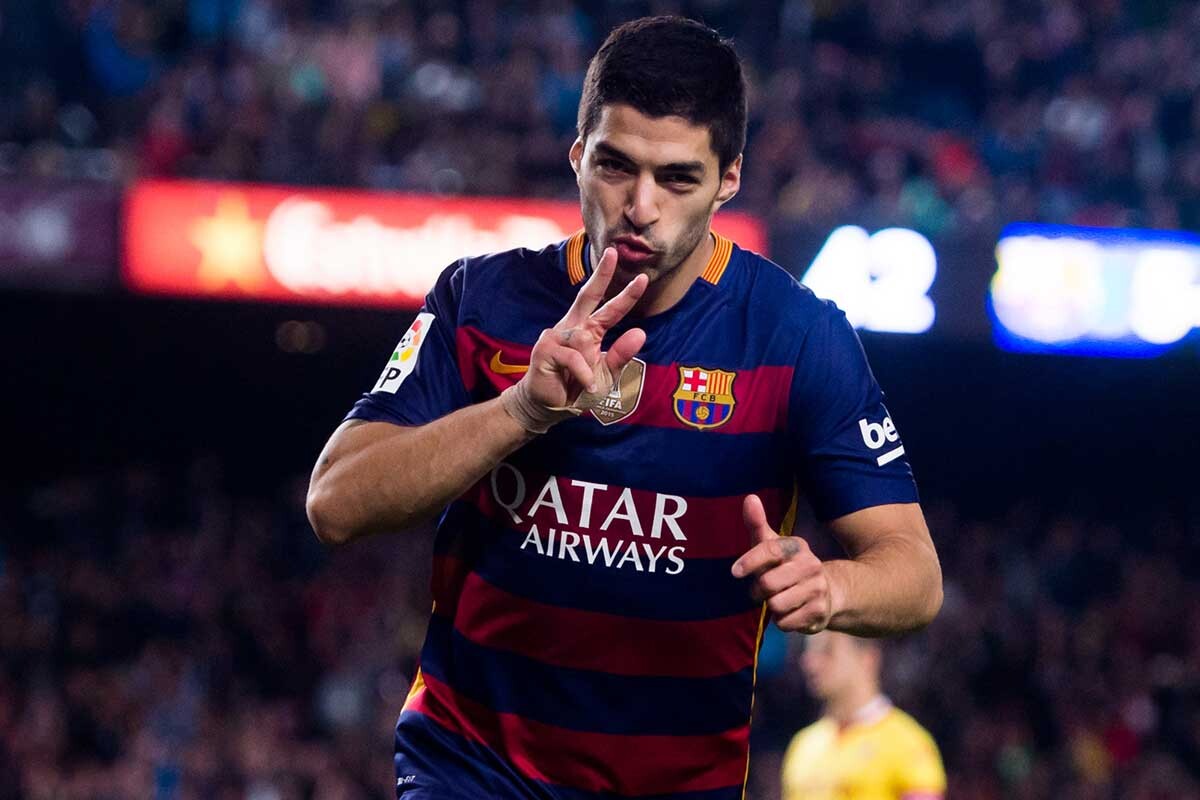 With just one game to go before the curtain comes down on the European leagues, Luis Suárez leads the race for the Golden Shoe award and is the main favourite to finish the 2015-16 campaign as the top scorer in continental football. The Barcelona striker is on 37 strikes, far ahead of the 33 that Cristiano Ronaldo and Gonzalo Higuaín have. This means that only by hitting four can the Portuguese or Argentinian players take the award from the Blaugrana number 9, and only then if he fails to score against Granada. The next level down after these players is Jonas Gonçalves -on 31 goles with Benfica– and Robert Lewandowski, who has struck 29 times for Bayern Munich.

Luis Suárez stepped up a gear as of mid-April, scoring eight in just two games, against Deportivo de la Coruña and Sporting de Gijón, to reach a total of 11 in the last four matches. Cristiano, for his part, has had a dip in his scoring in the last stage of the competition, coinciding with his injury problems, and has ‘only’ struck four times in the last four games.

Since the 2009-10 season, only Luis Suárez has managed to challenge the alternating dominance of the two stars of current football. The Uruguayan finished level with ‘CR7’ in the 2013-14 Golden Shoe, in what was his last season wearing the Liverpool shirt. As for la Liga’s Pichichi Trophy, Leo Messi and Cristiano Ronaldo have completely dominated it in recent years; ever since the Portuguese player moved to the Santiago Bernabéu in the 2009-10 season, nobody has managed to beat either of these two players to the award.

The race for the Zarra trophy

The struggle for the prize awarded to the top Spanish scorer in the Liga is even tighter; as many as four players have a real chance of winning it. Aritz Aduriz and Rubén Castro lead the race, on 18 goals apiece, while Borja Bastón and Lucas Pérez are close behind on 17. Aduriz, though, is to miss the last game of the season through suspension, meaning the Betis forward is in the strongest position.