Luis Enrique has stated once again that he is not prepared to give his opinion on the possible persecution that Barcelona are the victim of. “I must have said it 150,000 times, I focus on the sports side of things, all the rest is part of a circus that I don’t take part in” he […] 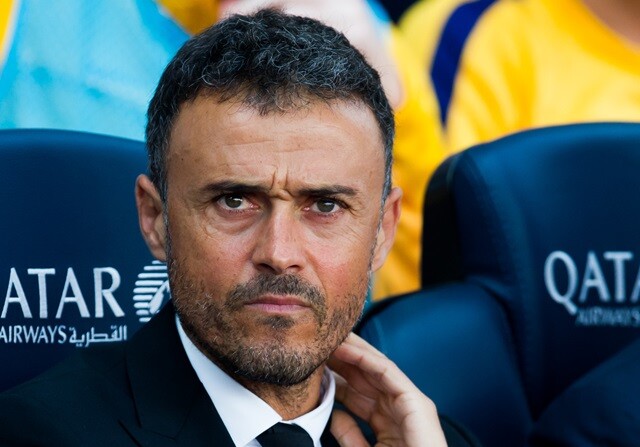 Luis Enrique has stated once again that he is not prepared to give his opinion on the possible persecution that Barcelona are the victim of. “I must have said it 150,000 times, I focus on the sports side of things, all the rest is part of a circus that I don’t take part in” he told reporters during the press conference prior to the Copa del Rey clash with Villanovense.

The Barcelona manager was, though, happy to talk about the format of the Copa del Rey tournament, and how he would like it to be: “With the idea of freeing up part of the calendar, it could be played as a one-off tie. The Copa del Rey would be more attractive, it would be fantastic. I personally would like to see all cup ties played as one-off games.”

Luis Enrique did not wish to hide behind the absences through injury or the lack of new signings to justify Barcelona’s poor play at the moment or how little people value what the team are doing: “All dynamics change. I’m not here to give an opinion on whether or not people value what the team are doing. We’re here to get over obstacles and do things as well as we are able to.” In addition, he said he would give some first-team regulars a rest against Villanovense, but pointed out that he cannot rest any more because of limits imposed by the regulations: “We cannot put out a team with more than four reserve-team players. We are obliged to line up at least seven players from the first-team squad” he explained.

The Asturian coach was also asked for his opinion on Leo Messi‘s absence from his national team and he repeated once again what he has said before: “What Martino, Argentina, Barcelona and I want is for Messi to recover 100% from this injury.” Asked about Iniesta, he confirmed that there was nothing special happening and that when the player is over his injury he will be back with the squad: “We don’t want to take any risks. When he tells us that he is fully fit, he will play.”

Lastly, he said that whatever he may think about the suspension awaiting Mascherano is irrelevant: “I’m not thinking about it much. What I think or what my opinion is, is not important and is not going to change anything. It’s not about being more or less optimistic.”