Lean times for McLaren, like Ferrari, Red Bull and Mercedes before them

McLaren will need time to become a winning team again. Although they are not a completely new formation, the internal restructuring and the arrival of a new engine supplier, mean that it will take time and patience before great things can be achieved. A brief look at the recent history of some of the greatest […] 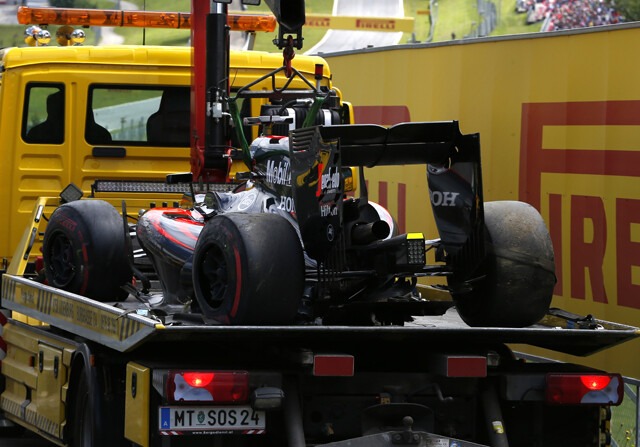 McLaren will need time to become a winning team again. Although they are not a completely new formation, the internal restructuring and the arrival of a new engine supplier, mean that it will take time and patience before great things can be achieved. A brief look at the recent history of some of the greatest Formula 1 teams shows that they all had a difficult time at the start. Will McLaren be able to make a championship-winning car? Only time will tell, but to judge a project from the results of the first season is not necessarily to make a correct analysis.

Everyone remembers the glory days of the Scuderia, with the five world championships in a row won by Michael Schumacher. But ‘The Kaiser’ touched down at Ferrari in 1996, along with what many consider to be the greatest team of technicians of all time, led by Jean Todt and with Ross Brawny and Rory Byrne in the engine room. At first they had to live through the final years of domination of the Williams team, with Damon Hill and Jacques Villeneuve, and then Mikka Häkkin‘s two-year purple patch with McLaren Mercedes. In 1996, Schumacher, third in the world championship, and Irvine tallied 15 retirements, and Ferrari were runners-up in Constructors. In 1997 they retired 10 times and both Schumacher and the team came second in the world championship. In ’98 Häkkinen was just too good for them and in ’99 Schumacher’s accident kept him out for six Grands Prix.

The last-but-one great dominators made their first foray into Formula 1 back in 2005, rising from the ashes of the Jaguar team who had, in turn, done the same, when they bought out Stewart Gran Prix. They were seventh in Constructors, with 34 points, in their first year. In the second, they had 12 retirements but got their first podium, with David Coulthard. At the end of that season they signed Adrian Newey and Gerhard Berger. In 2007 they got another podium and came fifth in Constructors, though they had 14 retirements. In 2008 they only retired from eight Grands Prix, though they dropped to seventh position in Constructors with their drivers Mark Webber and David Coulthard coming 11th and 16th respectively. It was not until 2009 that the blue team would make a jump in quality and finish in second place, behind Brawn GP, having benefitted from the new regulations. The first victory came in China, Sebastian Vettel was runner-up in the world championship and Webber finished fourth. They finished the season with the best car, a sign of things to come in the following years.

Mercedes came into existence in 2009, when they bought the Brawn team. In their first season they only had four retirements, but Nico Rosberg, seventh, with three podiums, and Schumacher, ninth, were a long way behind the leaders. In 2011 they did not manage so much as one podium. Rosberg was seventh again and Schumacher eighth. In 2012 the Silver Arrows retired ten times and their results overall were worse, with Rosberg ninth and his team-mate, thirteenth. Rosberg earned the team their first victory in China and reached the podium on one further occasion. In 2013, Lewis Hamilton joined the team and got five podiums, winning in Hungary. He came fifth in the world championship, just ahead of Rosberg, who won in Monaco and England. In 2014 the V6 Turbo engines came in, and the era of Silver Arrow dominance began.