Judge finds in favour of Barcelona, ‘esteladas’ to be allowed at Copa del Rey final

Barça fans to be allowed to fly ‘esteladas‘ at final 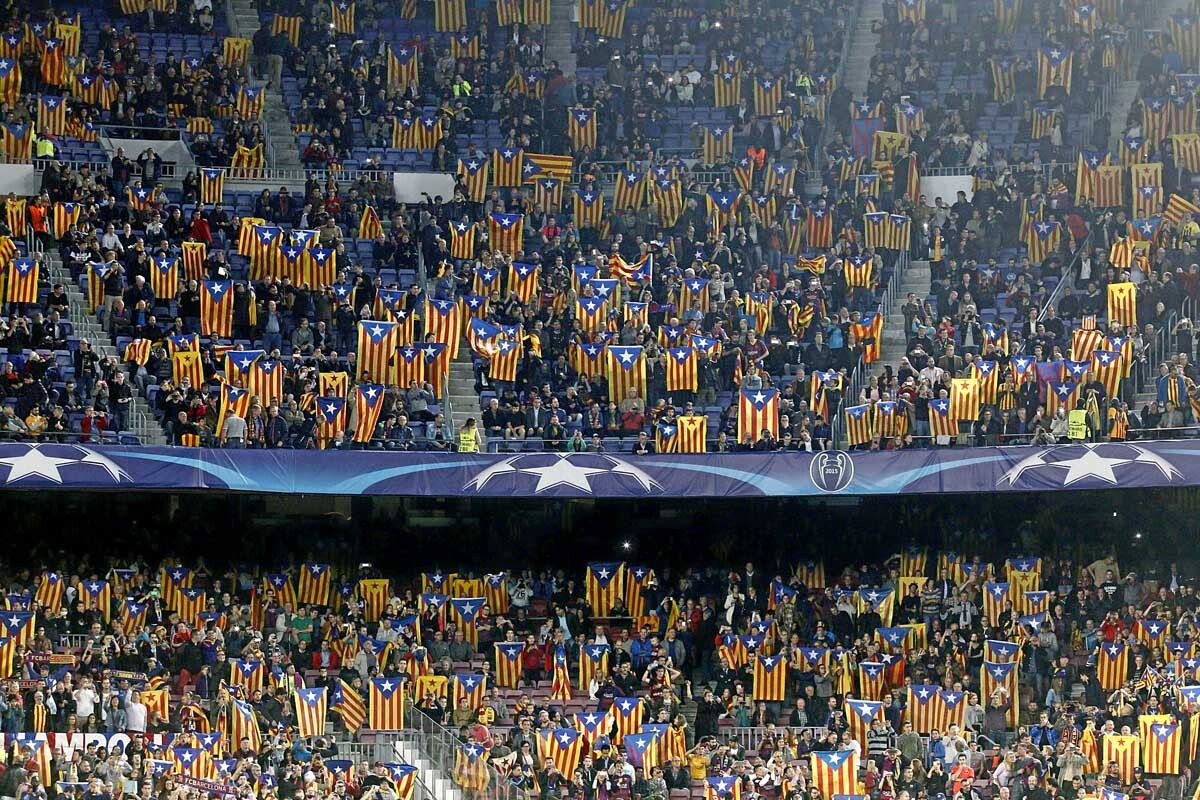 The appeal filed by FC Barcelona against the ban on the display of pro Catalan independence flags during Sunday’s Copa del Rey final has been accepted and the ‘esteladas‘ will now be allowed at the Vicente Calderón stadium.

Barcelona appealed on Thursday so that during Sunday’s Copa del Rey final the flags which represent Catalan independence can be flown. The club had filed “an administrative appeal to the Madrid Courts for the protection of fundamental rights and a request for a preliminary injunction to suspend the decision that was announced by the delegate of the Community of Madrid.”

The Blaugranas argued that the decision had “violated the fundamental right to freedom of expression” and that there were no “grounds for the measure because it presupposes a desire to be offensive with the use of the Estelada flags” The display of these flags has caused Barcelona more than one headache in the recent past. They were fined €30,000 for the display of the flags during the 2015 Champions League final in Berlin, and were handed a further €40,000 sanction when it happened again at the Camp Nou this season, during the group stage match against Bayer Leverkusen.

After hearing of the judge’s ruling, FC issued a statement expressing their satisfaction at the decision in their favour.

FC Barcelona has expressed its satisfaction with the judicial decision to allow the display of ‘estelada’ flags at the Copa del Rey Final against Sevilla FC this coming Sunday at the Vicente Calderón in Madrid.

The Club thus celebrates that the judge’s decision will allow the free expression of legal symbols and banners by its members and supporters.

At the same time, FC Barcelona expresses its concern about the reoccurrence of situations like the one on Wednesday, and which are an affront to the freedom of expression, and do nothing to benefit what has always been a celebration of football and sport.

The Club reiterates its commitment to the defence of the freedom of expression among its members and supporters.