Is Lewis Hamilton the greatest driver in the history of British motor racing?

Everyone spends their time doing what they like, don’t they? Well, that’s what the so-called ‘brains’ at the betting portal BWIN have been doing, spend their time trying to figure out who the greatest British driver in the history of Formula 1 is. We ourselves would throw in the towel if anyone tried to put […] 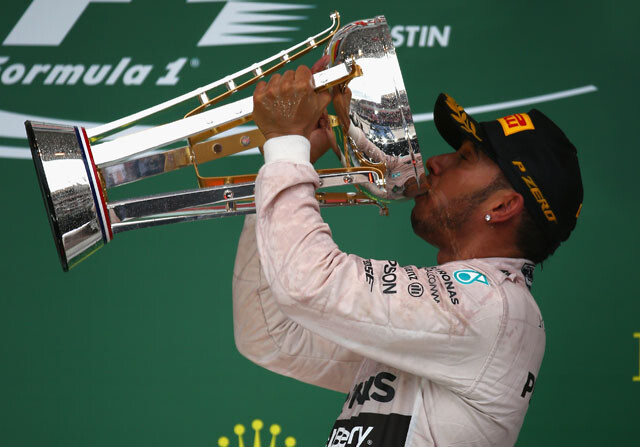 Everyone spends their time doing what they like, don’t they? Well, that’s what the so-called ‘brains’ at the betting portal BWIN have been doing, spend their time trying to figure out who the greatest British driver in the history of Formula 1 is. We ourselves would throw in the towel if anyone tried to put us in a similar spot, as we would have no idea how to judge all the different candidates.

In this sense, a lot of water has gone under the bridge since drivers like Jim Clark (1931-1968) or Jackie Stewart (1939) were competing, and motor racing has changed a great deal since then. So, at the betting house, they have had to work hard to devise a scheme to figure out a points system that allows for meaningful comparisons to be made between the drivers.

But the important thing, without getting into these complex maths, is, do you know who the greatest driver in the history of British motor racing is? Yes, it is Mr. Lewis Hamilton, who has just recently won the world title by overcoming the rest of the pack with a points tally of 182.

It is easy to believe it if you just look at this third world title he has just won at the US Grand Prix, which puts him above many legends, such as Jackie Stewart, who would be behind him on the same points but with a lower number of victories and pole positions. Third place would go to the late Jim Clark, who died in a crash while taking part in a Formula 2 race in Germany.

What is certain is that there are some who swot up on facts and figures to show who is the best at overtaking opponents while others base their judgement on impulses or just personal perception to put one driver or another up on that pedestal. At least that is what the legendary Walter Wolf, the Candian driver who was hurtling around the circuits between 1977 and 1979, does. In the opinion of this old circuit-skidder, Sebastian Vettel is the best, and we are going to see him on the podium again soon.

However, it is strange that the amazing Lewis Hamilton should be wiped off the face of the motor-racing Earth in comparisons such as the one we find in publications like Fastmag, where the top spots are given to the Brazilian Ayrton Senna (1960-1994), the aforementioned Clark and the Argentinean Juan Manuel Fangio (1911-1995). Is this just an aversion to Lewis Hamilton or just a simple lack of objectivity on the part of other media? We do not know how to resolve this mystery.

But this classification seems to be confirmed by another digital medium that recognises Fernando Alonso as one of the ten fastest Asturians of all time. In this way, in the aforementioned ranking, we find Michael Shumacher, Ayrton Senna and Clark once again and other drivers such as the Brazilian Nelson Piquet (1952).

And what if, to clear up any doubts we ask the lord and master of Formula one himself, Mr. Bernie Ecclestone? In the opinion of this magnate, Lewis Hamilton is among the best of the best: “Lewis is the best champion we have had for a very, very long time.” Sebastian Vettel, meanwhile, is for him the anti-Christ of Formula 1: «Sebastian Vettel is not exactly doing a great deal for F1. People hardly recognise him in the street.”

So, if we look to this beacon of wisdom, the whole question is sorted out in just one second. But, of course, we prefer another yardstick to measure by, one that is different from the ever-changing and unreliable criteria of Bernie Ecclestone, don’t we? So, we for our part will continue crunching the numbers and making comparisons that are more or less objective.