Goals made of plasticine 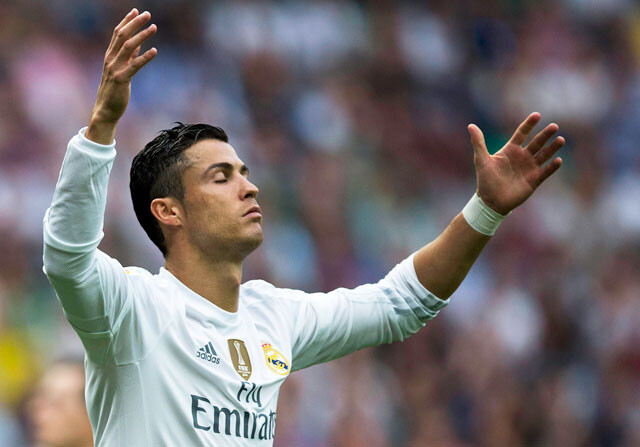 Allow me to make use of two oft-repeated quotes. There are those who pooh-pooh statistics, defining it as the science that says that if you have two cars and I have none, then we both have one. To update it a little, we could now call it the science that says that Cristiano Ronaldo has been scoring almost a goal a game so far this season which, in a team that has only conceded once in six matches, would be worth gold. If it were not for the fact that the Portuguese forward set off all his fireworks in the same game: weekend 3 against Espanyol. Real Madrid have missed his scoring prowess in two of the other five games so far, the two nil-nil draws against Sporting and Málaga.

The numbers, under their solid-steel breastplate, hide a skeleton made of plasticine. We can twist them around however we like, we can count votes or we can count seats, or even count the same thing and still not agree on anything. Vujadin Boskov, a wise man with no pretensions -excuse me for stating the obvious- who managed Real Madrid over a quarter of a century ago, once said -and here comes the second cliché- that he preferred to lose one game by nine goals than to lose nine games by one goal. He said it after his team had been on the receiving end of a 9-1 thrashing at the hands of Bayern Munich in a pre-season fixture in 1980. Most likely Cristiano Ronaldo, who is rather fond of binge-scoring, would subscribe to the old Serbian coach’s aphorism: it is better to win five games by one goal than to win one by five. It would be a bit much if the Narcissi didn’t let him see the wood for the trees. Until now, great players have been remembered for the titles they conquered more than for their records. Over six seasons at Real Madrid, Cristiano Ronaldo has won one league, one Champions League title, and one Copa del Rey. Nobody has gone down to Cibeles to celebrate a good statistic, be it a ‘Pichichi’ (trophy for the top scorer in the Spanish league) or a Forbes ranking. Of course, this football thing isn’t the same as it was in Boskov’s day.