Diego Costa nets only once for Spain in 526 minutes

Diego Costa nets only once for Spain in 526 minutes Spain’s ‘number 9’ can’t find the goal Spain sit atop Group C after beating Slovakia with goals from a defender, Jordi Alba, and a midfielder, Andrés Iniesta, from the penalty spot. Plenty of chances, more than enough, were created, but the Spanish forwards still have […]

Diego Costa nets only once for Spain in 526 minutes 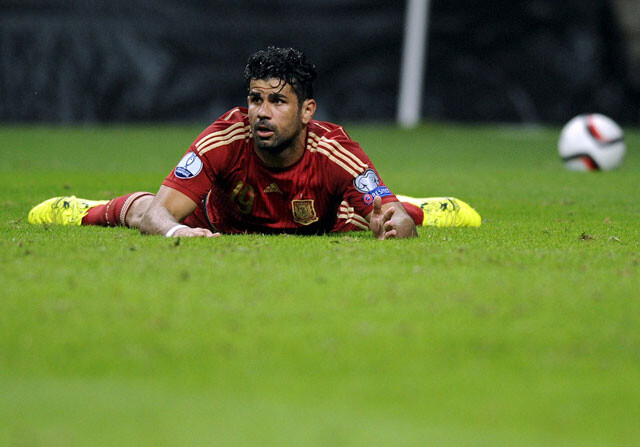 Spain sit atop Group C after beating Slovakia with goals from a defender, Jordi Alba, and a midfielder, Andrés Iniesta, from the penalty spot. Plenty of chances, more than enough, were created, but the Spanish forwards still have not found their shooting boots and the doubts surrounding the ‘number 9’ are many. The debate revolves around Diego Costa. The Brazilian-born striker has only scored once after playing for Spain for 526 minutes, and there are many who are calling for him to be replaced.

The Chelsea striker «contributes things that no other forward contributes», said his team-mate Cesc Fábregas in his defence after the match. «Diego has played well» said Del Bosque in the press room. Paco Alcácer, who came on for Costa, also failed to score against Slovakia, but he has netted three times in five appearances, with many fewer minutes on the field. In view of this situation, Del Bosque could consider the next game against Macedonia, theoretically a much weaker side, as a testing ground to try different solutions. In a game in which Spain had 14 shots, two goals seems like a very poor return.